Cryptocurrencies had a strong start this year, with crypto asset prices, such as Bitcoin (BTC), reaching record-heights. However, that caught the attention of cybercriminals.

The Atlas VPN team found that cybercriminals stole around $108.3 million from various blockchain projects in the first quarter of 2021 — a 46% rise from the same period last year. Ethereum DApps, blockchain wallets, and cryptocurrency exchanges were the criminals’ target of choice.

The numbers are based on the data provided by Slowmist Hacked, which aggregates information about disclosed attacks aimed at blockchain projects. The data also considers blockchain scams, which make up a little over one-fifth of all blockchain hack events in 2021 Q1. Monetary losses were calculated based on the conversation rate of a particular cryptocurrency at the time of a hack or scam event.

Ethereum (ETH) DApps, decentralized applications based on the Ethereum smart contract, were the most popular blockchain targets among cybercriminals in the first quarter of 2021. They were affected by a total of 11 breaches and 5 scam events, which amounted to over $86 million in losses.

Blockchain wallets, digital wallets that allow crypto owners to store and manage their cryptocurrencies, were also commonly attacked. There were 9 blockchain wallet breaches recorded in the first three months of this year, as well as 1 scam event and 2 blackmail cases. In total, they cost victims approximately $19.3 million.

Blockchain-linked hacks are on the rise again

In our report on blockchain-related attacks in 2020, we observed a decline in breaches for the first time in the last five years. However, a new year brings new challenges. After analyzing blockchain-linked breach and scam data of 2021, we see an upward trend once again.

The first quarter of 2021 already saw 33 breaches, including scams, affecting Ethrereum DApps, blockchain wallets, and cryptocurrency exchanges. It signifies a 154% rise compared to Q1 of 2020, when 13 blockchain-related breaches were detected.

However, the number of blockchain-linked breaches in Q1 of 2021 is still almost two times lower than in the record year of 2019. In the first quarter of 2019 alone, 62 blockchain breaches were detected.

Finally, successful attacks aimed at crypto exchanges increased by 67%, from 3 in Q1 2020 to 5 in Q1 2021.  However, unlike last year, there were no breaches involving blockchains or TronDapps recorded in the first three months of 2021.

The busiest month for cybercriminals was March, when they launched 14 successful attacks, while the least active one was January with 8 attacks. The remaining 11 breaches took place in February.

Due to their nature, blockchain projects remain profitable targets to cybercriminals because fraudulent transactions cannot be reversed as they often can be in the traditional financial system. With cryptocurrencies entering into their golden age as total cryptocurrency market capitalization broke $1 trillion at the beginning of this year, it is safe to say that we can expect more hacks to pour in by the end of this year.

If you would like to read more about blockchain security trends, visit one of our previous articles:

Blockchain hackers have stolen over $1 billion in Q3 2021 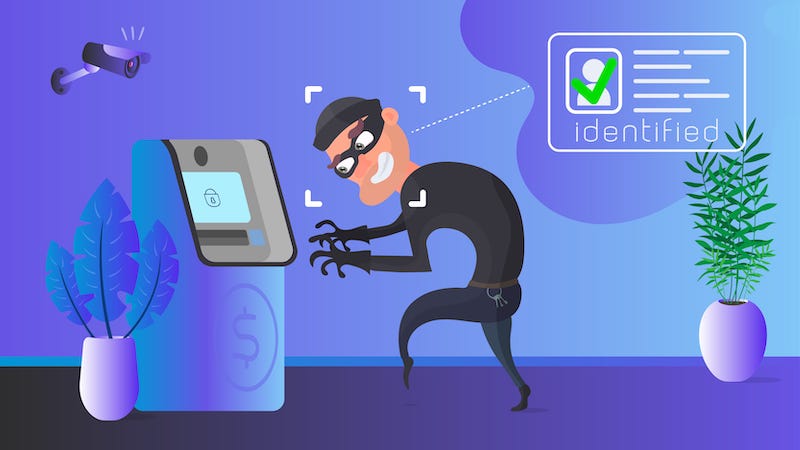