What is VPN encryption and which protocol suits you?

Have you ever wondered how exactly VPN encryption works? Chances are, you have already noticed names like L2TP, OpenVPN, or IKEv2 while browsing through the VPN market. Navigating through a minefield of such acronyms can be confusing. However, there are only a few essential concepts to be aware of. Hence, this guide will help you to understand the key principles of VPN encryption and protocols, so you don’t have to wade through pages of technical documentation.

What is VPN encryption? 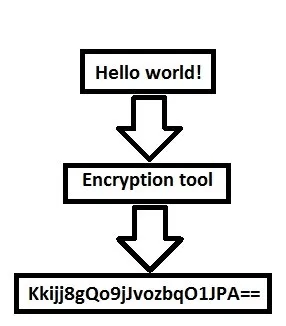 VPN encryption mechanism secures your data in a way that no one can intercept, alter, or monitor it. To encode plaintext or decode ciphertext, VPN uses secret keys – a set of sophisticated mathematical values that only authorized parties – you and your VPN – can understand. Modern encryption is sophisticated enough to prevent third parties from deciphering and translating it.

Now, VPNs use powerful algorithms, or so-called ciphers, to perform encryption and decryption processes. The ciphers denote a series of well-defined rules that VPN encryption follows repeatedly. Such operation also depends on an auxiliary piece of information – a secret key. A combination of cipher and key-length indicates how safe VPN encryption is. In general, the shorter the key is, the less security it provides. For instance, a key length of 256 bits is currently an industry-standard. However, one of the ciphers known as Blowfish, accompanied by a 128-bit key, is far weaker and no longer at the top of the secure VPN encryption list.

What are VPN encryption protocols?

A VPN encryption protocol is a set of instructions, which tell how to encrypt and decrypt data from your device to the server. In other words, the protocol refers to a specific way your data flows over the network. At its basic, a VPN protocol is a mix of different encryption standards and transmission protocols.

Each VPN encryption protocol has unique features, strengths, and weaknesses. Therefore, it is vital to be aware of different options to make sure your VPN provider offers the newest, most secure encryption. Here are the main VPN protocols you can find:

Since its development in the late '90s, PPTP is amongst the earliest VPN encryption standards. Due to its simplicity, compatibility, and quick setup, the protocol is still popular today. Also, the lack of complexity allows data transmission at a relatively fast rate.

Since it uses 128-bit encryption keys, PPTP offers very little security. The protocol is a subject of many analyses that prove its vulnerabilities. Therefore, it’s better to skip PPTP if security is of paramount importance.

L2TP is an upgrade to PPTP. On its own, the protocol provides no VPN encryption, which is why it pairs up with IPsec to encrypt individual IP packets. L2TP/IPsec has a 256-key algorithm, which is safe enough for confidential communications. Also, like PPTP, L2TP/IPsec is relatively easy to configure.

However, since L2TP uses double encapsulation and transmits data through additional layers, you can expect a slower performance. The main drawback is that the protocol can only use UDP port 500, which makes it pretty easy to block by various firewalls that your country or ISP may set.

OpenVPN is arguably the most popular VPN encryption protocol today. Its 256-bit encryption makes it one of the most secure protocols out there. Also, OpenVPN is an open-source protocol that’s configurable for a variety of ports, which makes it very difficult to block.

The main downside is that OpenVPN encryption ciphers can sometimes slow down your connection. However, since OpenVPN works on both UDP and TCP ports, you can always switch to the one providing better performance. While TCP is stable, it’s usually slower. Although UDP can show signs of instability, it offers higher connection speeds.

Although IKEv2 is not technically a VPN encryption protocol, it behaves like one. Due to its robust 256-bit security, IKEv2 became one of the most popular industry-leading standards. The protocol can jump from WiFi to your mobile network without dropping a VPN connection. Such ability makes it stand out from other protocols on the market. IKEv2 is also one of the fastest protocols out there.

However, since IKEv2 runs on the UDP 500 port only, some firewalls can block the traffic. Therefore, the protocol may be less efficient when trying to connect from a heavily censored country.

The types of VPN encryption and protocols should help you understand what secures your internet connection. However, you should also keep in mind that reputable VPN providers often bolster protocols with new technologies. Extra features help to bypass firewall restrictions or even boost the speed and performance of the connection.

Want to make sure a VPN service meets all your needs before you commit? Take Atlas VPN for a test-drive! Military-grade VPN encryption, fastest speeds, unrestricted content access – all available at absolutely no cost. Grab it here: