According to Atlas VPN research compiled from various publicly available sources, the number of exposed government and individual politician records increased by 278% when comparing the first quarters of 2019 and 2020.

During the first quarter of 2019, there were over 4.5 million breaches of individual politicians records or government bodies globally. Meanwhile, in 2020 Q1, the number of leaked records skyrocketed. It reached over 17 million and representing a growth of nearly three times. 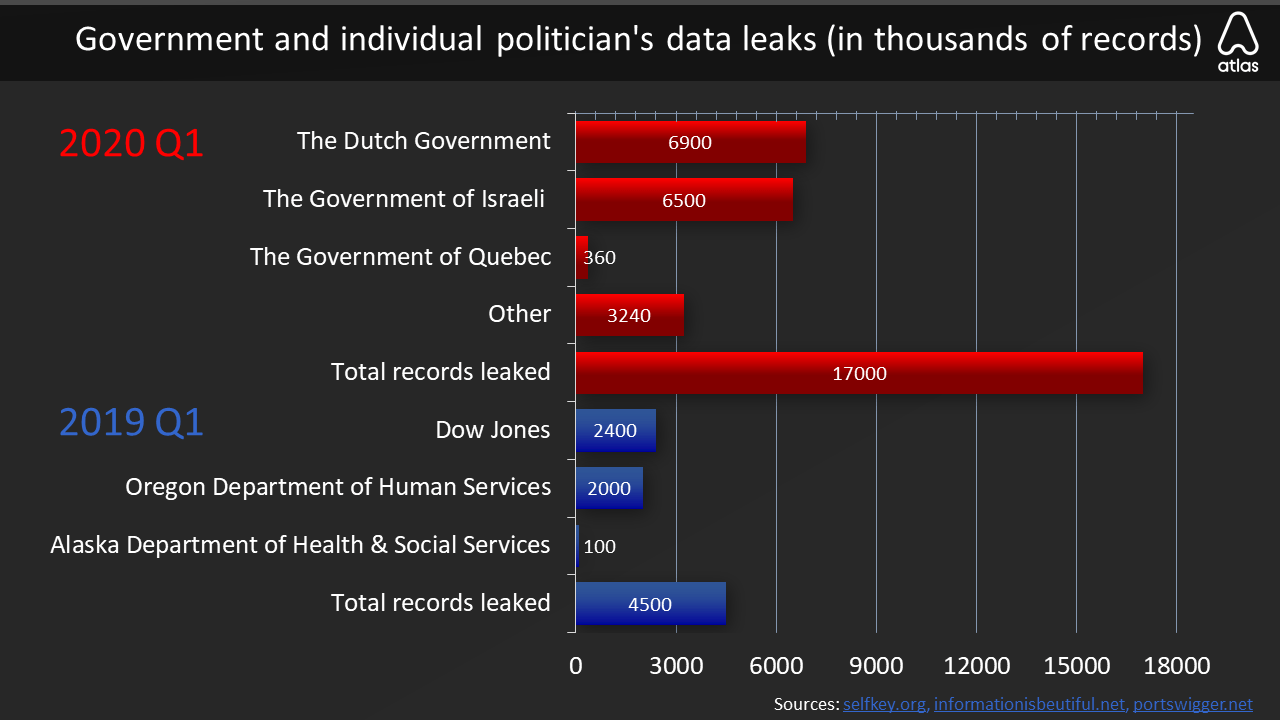 In March 2020, The Dutch government disclosed losing two external hard drives. Both of the drives had personal information of over 6.9 million organ donors stored. To this day, it is still unknown who the malicious actor was. There is also no evidence of anyone attempting to use the stolen information.

Earlier in February, records of 6.5 million Israeli citizens voters were leaked online. A website for the app, used by Prime Minister Benjamin Netanyahu’s party to communicate with their voters, had a security flaw, allowing it to view personal information of the voters. Once again, the personal information included names, home addresses, identity card numbers - having these details is enough to commit identity theft or electoral manipulation, the New York Times reported.

The same month, the government of Quebec, Canada, admitted suffering from a data breach. Possibly leaving records of 360 thousand teachers exposed. By using stolen credentials, hackers were able to get into a database, where information of former and current teachers of Quebec province was.

The data criminals were potentially able to get their hands on included teachers’ first and last names, dates of birth, and Social Insurance Numbers. According to the latest update, there have been 400 identity theft cases due to this act.

Cybercriminals are constantly searching for networks that have not implemented the latest security measures. Governments do not seem to invest in protecting their networks the best they can, and hackers are already exploiting it. Which explains why the number of government and politician data leaks surged in the first quarter of 2020.

One of the most significant breaches of 2019 Q1 was the leaked Dow Jones watchlist of high-risk financial connections. Over 2.4 million records, including sensitive data of government officials and politicians, were being kept in a publicly accessible database, according to a list gathered by Selfkey.

Bob Diachenko, an independent researcher, found that unsecured information contained coverage of senior politically exposed persons (PEP), their families, close associates, and the companies they are involved with. National and international government sanction lists and categories were exposed, too.

Meanwhile, in March of 2019, the Oregon Department of Human Services admitted suffering from a phishing attack. They confirmed that an inexperienced employee opened a phishing link, giving access to their work account to an outside entity. This way, sensitive data of approximately 1.6 million people were exposed. As per usual, the information included sensitive details, such as full names or home addresses.

Lastly, during the first quarter of 2019, the Alaska Department of Health and Social Services suffered from a cyberattack, leaving records of 100 thousand people exposed. To this day, the company has not disclosed who the attacker was. All is known that malware the attacker installed onto the organization’s computer bypassed multiple security layers and the infected computer, storing confidential files, was interacting with a Russia-based IP address.

Malware is the most common type of cyber attacks 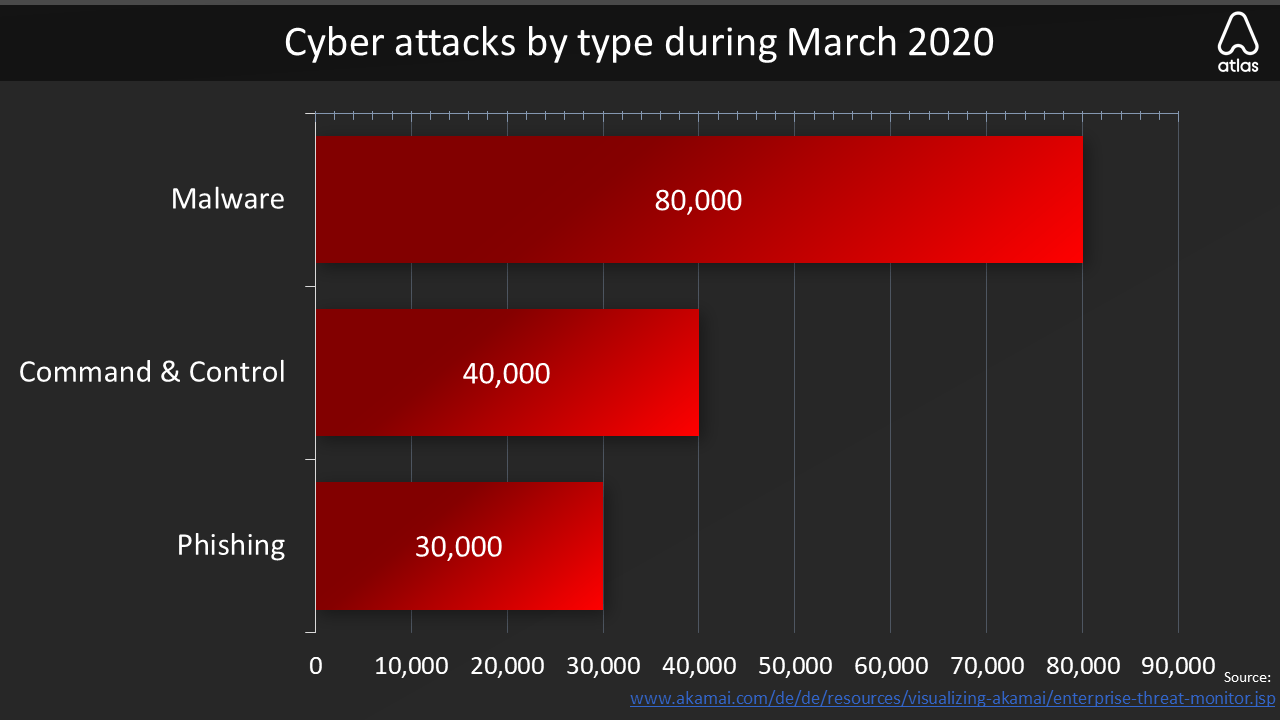 According to last month’s data, malware, phishing, command & control were the most common types of cyberattacks. With 53%, malware is the most popular way hackers use to intercept devices. Last month, the number of malware attacks reached 80 thousand globally.

Command and control is the second most common type of cyber attack. Last month’s data shows the number of C&C attacks hit 40 thousand. In other words, approximately 26% of hackers were using this method.

With 30 thousand cases registered last month, phishing is the third most popular type of threat. 20% of hackers used phishing attacks to intercept devices.