Data compiled by Atlas VPN reveals there have been nearly 404 million malware infections during the last 30 days worldwide, which makes over 10 million cases per day. More than 64% of the malicious attacks were targeting educational institutions. 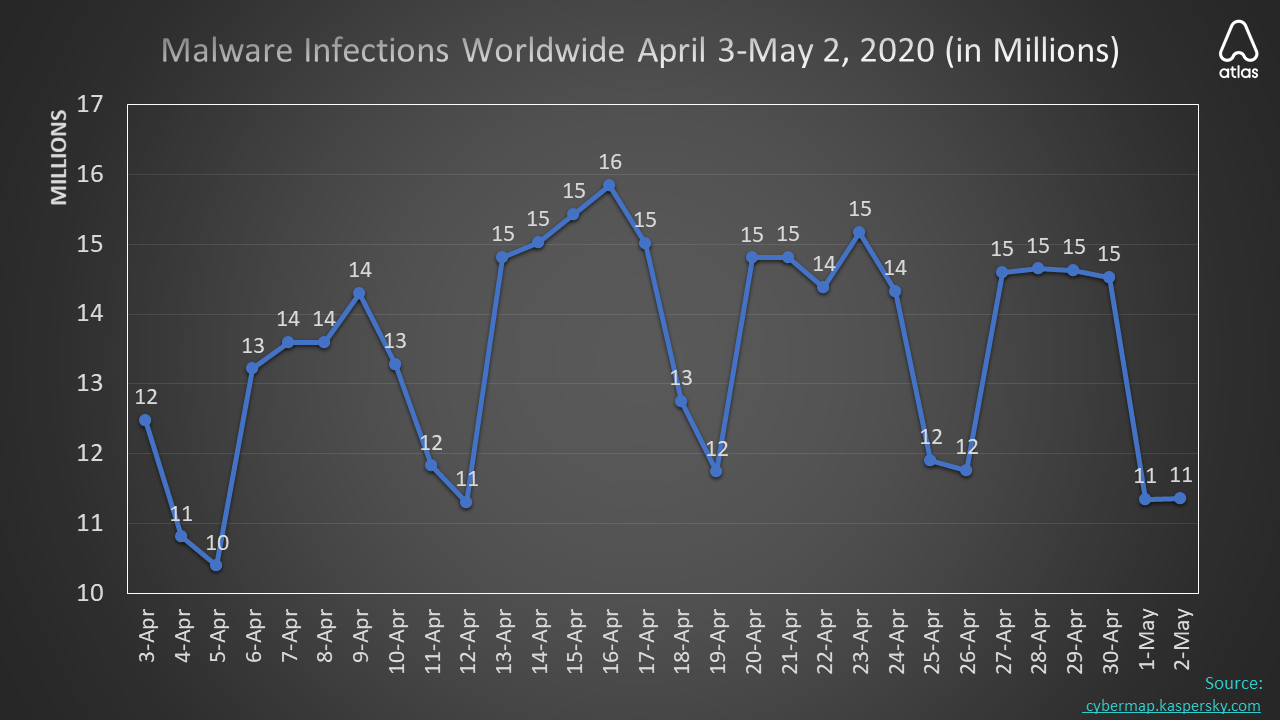 Since April 5, the number of local malware infections started increasing, reaching over 13.5 million of registered cases on April 7. It slightly dropped the next day but increased to 14 million infections on April 9.

Starting from April 9, the number began to decrease steadily, dropping to 11 million cases detected on the 12th day of the month. It then jumped to 14 million cases on April 13 and altered around 15 million infections during the next couple of days.

Central Asia was the most targeted region worldwide

This month, the Central Asia region suffered from the largest number of local attacks. The statistics show the percentage of malware-infected devices in a particular area that have Kaspersky antivirus running. Therefore, it is worth noting that the actual numbers could be bigger since the rest of the devices may be using different antivirus software or none at all.

Belarus and Russia were the most affected countries in the European region. According to Kaspersky, 22.07% of devices in Belarus that use their antivirus software were exposed to malware, while the number reached 21.82% in Russia.

In April, education experienced over 4.2 million malware infections, which makes 64.77% of the 6.5 million attacked devices, according to Microsoft. Educational institutions were exposed to the largest number of malware attacks since criminals expect school staff or students are not well-trained in cybersecurity.

The number of malware attacks is expected to rise during the exam period. Hence, if schools are planning on holding exams remotely, they should prepare and get experienced IT specialists to check the systems to prevent sensitive information from being stolen. 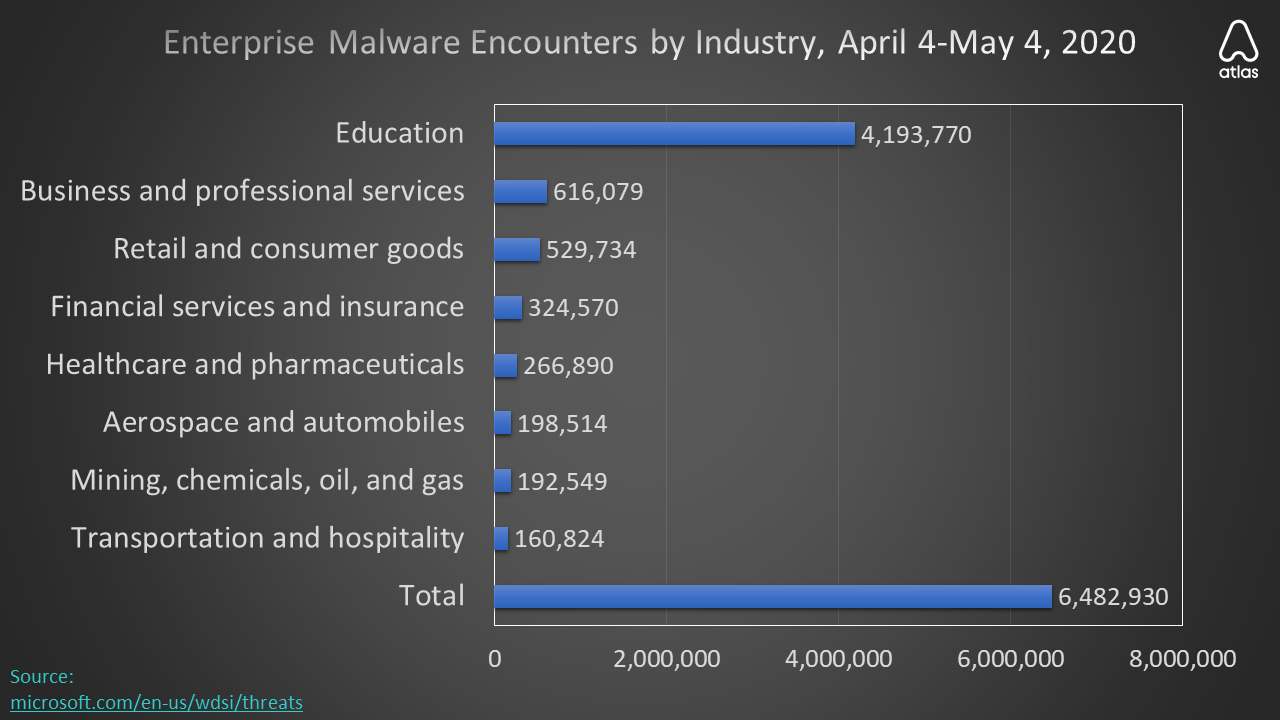 The second one in the list is the business and professional services sector: with over 623 thousand encounters, the industry experienced 9% of all cases. Similarly, with nearly 540 thousand cases, retail and consumer goods faced 8% of all infections.

At the same time, with 3% of the total number, the aerospace and automobiles field faced almost 200 thousand malicious attacks. Next to it, there was mining, chemicals, oils, and gas: with nearly 3%, it was exposed to 194 thousand attacks.

Finally, there have been 162 thousand malware attacks in the transportation and hospitality field, which makes about 2.5% of attacked devices.