Interest in Telemedicine Grows by 525% Worldwide

As quarantine goes on, interest in the "telemedicine" keyword is rising globally. Data compiled by Atlas VPN reveals that in 2020, the interest rate in telemedicine has increased by 525% worldwide.

Telemedicine is the use of technology that allows remote healthcare, also known as telehealth. With the help of telemedicine, physicians can treat patients whenever needed and wherever the patient is, by using a mobile or a desktop device.

Atlas VPN acquired the numbers of "telemedicine" searches worldwide over the last 15 years using the Google Trends system. The system provides numbers that show search interest relative to the highest point on the chart for the given region and time. A value of 100 is the peak popularity for the term, while the value of 50 means it is half as popular.

In April, the interest peaked, reaching a score of 100 and representing a growth of 525% in comparison to January. 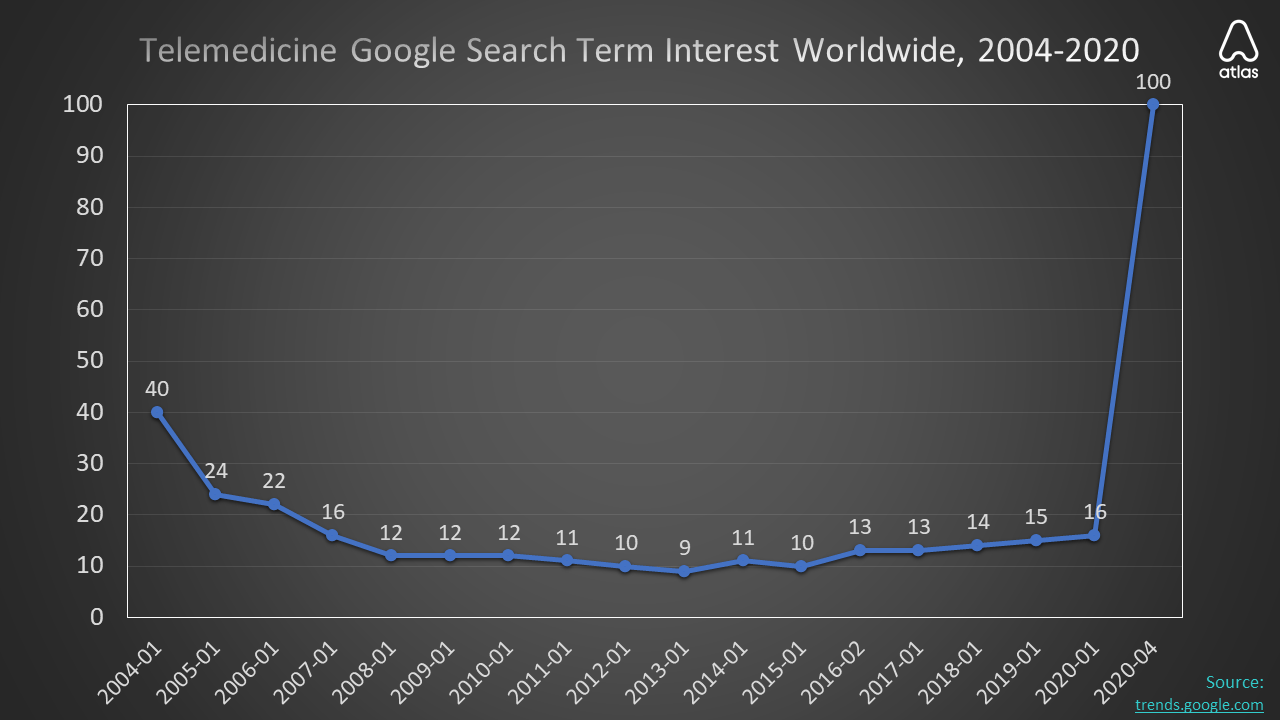 Results from the past 16 years show, the interest rate was fluctuating, almost always surpassing a score of 10. Interestingly, the popularity score of the "telemedicine" keyword was relatively high back in 2004, attaining 40. Since then, it started decreasing steadily: in 2005, the interest rate was 24, the next year it dropped to 22.

The lowest score of "telemedicine" queries searched on Google was in 2013. It reached an interest rate of 9, representing a 344% decrease compared to 2004. Since 2013, the interest rate was again fluctuating. It stabilized during the years of 2016 and 2017, attaining an interest rate of 13, then started growing steadily again.

It is no surprise that the interest rate in telemedicine peaked during the global pandemic. However, experts predict that coronavirus will have a massive impact on the healthcare industry in the future.

According to Alex Turkeltaub, the CEO of a San Francisco-based healthcare analytics company, 90% of primary care visits can be done remotely. But, consulting with doctors in person makes the patients feel better. He also notices that telemedicine is a solution to issues with undeveloped access to healthcare in rural areas, such as shortage specialists.

Since patients do not have a choice to meet their doctors in person, they consult remotely – doing that, they can see how efficient and convenient telehealth is. Hence, telemedicine will become the most popular way of accessing primary health care, Alex Turkeltaub says.

If the estimations are correct and more patients will choose online consultations, hackers may start exploiting healthcare even more than they do now. Hence, the organizations should be aware and ensure their systems are operating without any security loopholes.

According to predictions shared by Yahoo Finance, the global telehealth market is expected to reach $82.03 billion worth by 2027. Meanwhile, the market accounted for $18.63 billion in 2018. If the predictions are correct, there will be approximately 355% growth in the telemedicine industry worldwide.

The lowest interest rate in telemedicine registered in Italy, highest - in Ethiopia

During 2020, Ethiopia had the highest rate of telemedicine-related Google searches, reaching a popularity score of 100. With an interest rate of 59, the US was the second one in the world, followed by rate of 34 in the UAE. Meanwhile, the interest rate in telemedicine reached 13 in Australia, 11 in Switzerland and 10 in the UK. 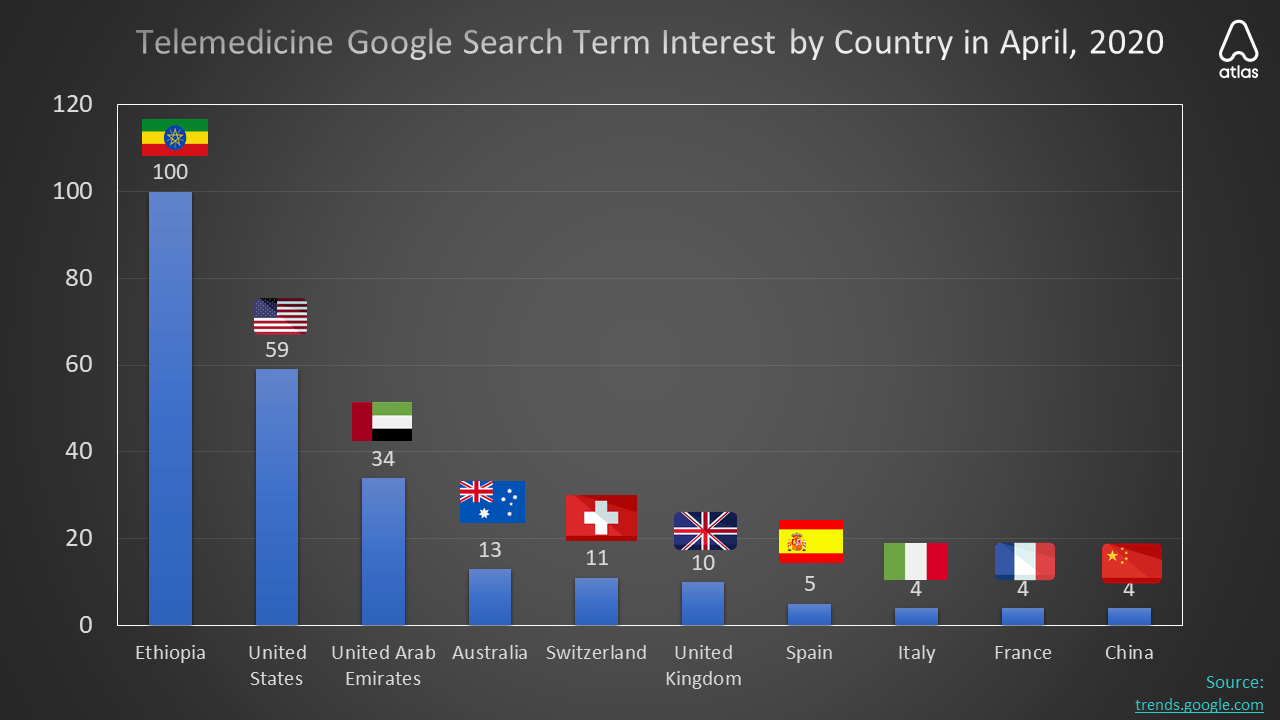 Interestingly, the popularity rate was relatively low in Spain: with a score of 5, it surpassed Italy, France, and China. All of the three countries had an interest rate of 4 during 2020.