How does a VPN work?

How does a VPN work is a question that even loyal users wrestle with to get the whole picture. These tools act as negotiators between you and the web. Recognizing the outcome is enough for some, but others like to understand the under-the-hood procedures. However, the level of technical jargon that goes into the recipe of a VPN is exhaustive. So, let’s carefully dissect the dilemma: how does a VPN work?

Portraying the traditional routine of VPNs highlights the results, not the internal operations. However, the general description creates a useful baseline that can later serve as the reference point. Since the dawn of the internet, its infrastructure has focused on delivering requests from point A to point B.

This tendency is similar to any post office, sending letters or packages. Sadly, nor recipients nor senders have control of their goods throughout their journey. A snoopy post office worker could take a peek at your package. Unsafe delivery conditions could expose your items by damaging their boxes. Sadly, the same thing can happen when you browse online.

The online data exchange has not reached a satisfactory level, even during the boom of modern technology. Instead, encryption, together with other more privacy-focused solutions, receive harsh criticism. How does a VPN work to make your digital packet less vulnerable to bypassers? It reassures a safe and anonymous route that packages take. After guaranteeing safe conduct, a VPN scrambles the package, rendering it unrecognizable to unfamiliar parties.

Another issue is that pinpointing people online takes minimal effort. A VPN solves this problem by giving users a default, pre-selected location. So, if someone pays attention to your packet, they won’t be able to recognize its origin.

With this baseline, you have the basic knowledge, illustrated through a realistic scenario. However, how does a VPN work to achieve all these goals remains unanswered.

How does a VPN work? Tunneling concept

All our communications online rely on packets. When we send information to the internet, the web divides it into smaller units for easier processing. Then, after arriving at their destination, packets mold back to their original form. During such exchanges without a VPN, these packets are visible to almost anyone willing to snoop. This is the moment that VPN tunneling comes into play. The first step is the encapsulation of packets. It refers to the excessive wrapping of a gift with spoofed information on top. So, a VPN conceals the original message by surrounding it with a different packet. VPNs might base this operation on several protocols like PPTP, L2PT, IKEv2, OpenVPN, etc. As a result, intrusive entities won’t be able to spy on your packets in transit.

Besides encapsulation, VPN tunneling includes powerful encryption designed to scramble the original messages. In fact, encryption is a significant component in answering the how does a VPN work question. A simple description here is that this process turns normal, human-readable texts into incomprehensible sequences. There are many protocols for doing this, such as the highly resistant AES. Therefore, many VPN providers perform encryption by relying on the AES-256 algorithm. Of course, there are exceptions to the rule. Blowfish is one of the ciphers applied in OpenVPN, but its flaws make it inferior to AES. Since the latter supports the key length of 256 bits, it is nearly foolproof to unauthorized decryption.

What role do VPN servers have?

Each VPN service provider offers a variety of servers. On the surface, this is the central point for many users. Depending on the available locations, people navigate through servers according to their needs. Once you connect to a server, it reroutes all your traffic, encrypting and encapsulating it in the process. It becomes the primary standpoint for your browsing.

Let’s assume your geo-location is Spain, and your IP address reflects this. It does not pinpoint you accurately, but rather indicates your country or city. Then, let’s say, you connect to a VPN server in Canada. It immediately conceals your real IP address, assigning you the one that reflects the selected locale. It is also responsible for decrypting your messages to the destination point. However, no other entities outside the established circle of trust will receive this information. While VPNs handle the decryption process, they do not gather this data. No-logs policies reinforce anonymity, and prevent VPNs from gathering information about users’ actions.

Of course, since thousands of people join these servers, it handles incredible amounts of incoming traffic. If you experience irregular behavior or lags, the best solution is to switch to a different server. For the best performance, choosing a server location closest to you works wonders.

How does a VPN work to protect your digital assets and identity?

Authorities and tech companies continue to challenge our privacy online. The roadblocks mostly come out of fear of anonymity. However, we notice the surges of VPN users in the last few years. Since companies do not always treat users with the utmost respect, it falls back to users to reinforce integrity. In some cases, a VPN becomes the only viable option for people residing in heavily censored countries. Anonymity gives them a voice to spread the message of injustice across the globe.

However, you do not need to have an honorable mission to use this tool. You might simply want to protect your assets from suspicious sources. Nonetheless, how does a VPN work involves many technical concepts that might not be unfamiliar to regular netizens. Before choosing a provider, you should look for clues supporting VPNs’ anonymity and protection claims. Atlas VPN has nothing to hide in this area. It uses the industry-standard AES-256 encryption to render information unreadable. Additionally, we apply IPSec/IKEv2 to warrant the best connection for all clients. Thanks to our thorough no-logs policy, we can reassure that your online activities remain private. 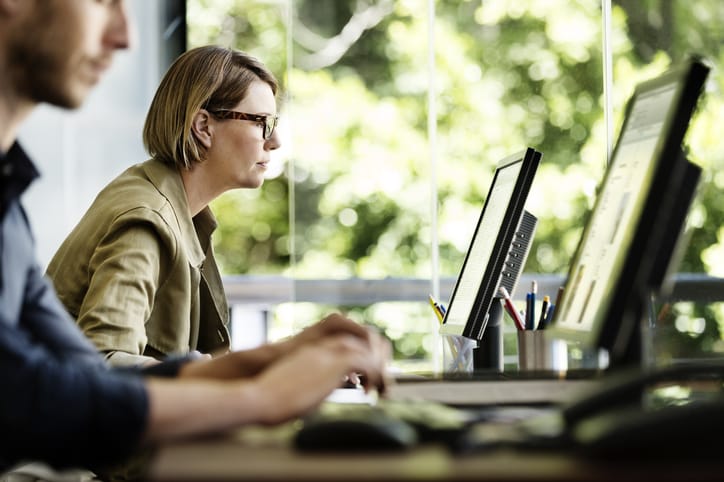