According to data extracted and analyzed by Atlas VPN, financial fraud complaints in the US jumped by over 104% in 2020 Q1 compared to 2019 Q1.

Financial identity theft occurs when fraudsters gain access to the victims’ financial information and use it for their gain whilst pretending to be the victim.

The most common example of financial identity fraud is scammers stealing the victims’ credit card information to make purchases or to take out cash without the victims’ knowledge.

However, credit card fraud is not the only possible financial identity theft. If fraudsters have acquired a person’s sensitive information, they could take out loans, leases, or drain a checking account.

The largest increase was in loan or lease frauds, with a 116% increase in the number of reports.

Looking at financial identity theft from a wider perspective, from 2015 Q1 to 2020 Q1, the number of financial fraud reports surged by 434%.

Financial fraud is one of the easiest ways for cybercriminals to make money. Combined with a large number of data breaches in the past few years, financial identity theft is becoming more common.

Identity theft most common in Delaware

Financial fraud is not the only type of identity theft. Other types include phone or utility fraud, employment or tax-related fraud, government documents or benefits fraud, among others.

When looking at all identity theft reports by state, Delaware is a state with the most complaints per 100,000 citizens. FTC received 187 reports per 100,000 population in 2020 Q1 originating from Delaware.

Regarding identity theft reports per 100,000 population, the second is Georgia, with 145 reports.

In contrast, Maine, Vermont, South Dakota, North Dakota, Wyoming, are the safest states in terms of identity theft, with less than 20 reports each per 100,000 population.

Once an identity thief has your SSN—through infiltrating companies’ internal database or by purchasing it on the dark web—it is easier to acquire all other needed information to continue with the scam.

Our earlier investigation found that on the dark web, SSN costs less than a Starbucks coffee. 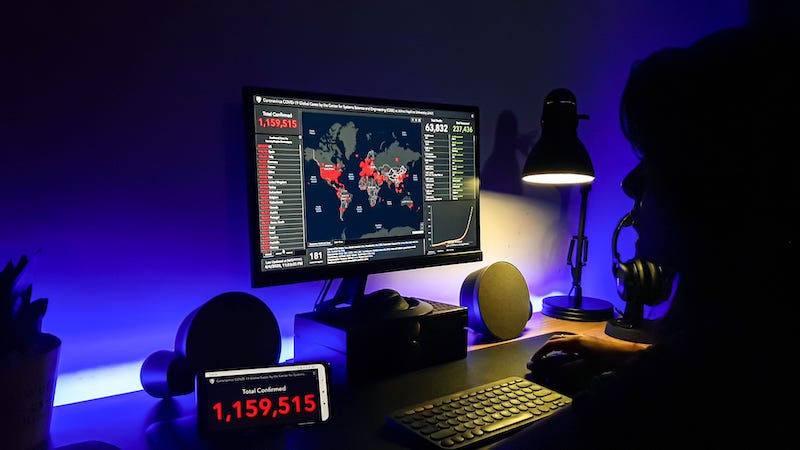 Over 150,000 COVID-related fraud reports submitted to the US Government YTD