People love being connected. Social media made us more networked than ever, giving us the power to build genuine connections. Still, one of the unsolved problems remains knowing if your friends are free to chat or hang out at a specific time. But what if you'd have a vague idea of what your close friend is currently up to? Well, Messenger will soon add a feature that will let you know your friends' availability and whereabouts.

Facebook is testing the ability to notify your friends what you're up to. The new feature, called Auto Status, will soon tell if you are at the gym, riding a bike, or chilling at the cafe. Your friends will know when your battery is running low, so they won't panic if you suddenly go off the grid.

With Auto Status, you can let a specific subset of friends see what you're up to as you go about your day. The feature will use your location, accelerometer, and battery life to determine your current activity. Instead of sharing your exact coordinates, it will overlay an emoji on your picture to show the spot. Your buddies will know your current venue - at the airport, or in Tokyo. Also, the emoji will show your real-time movement - either you're walking or driving. 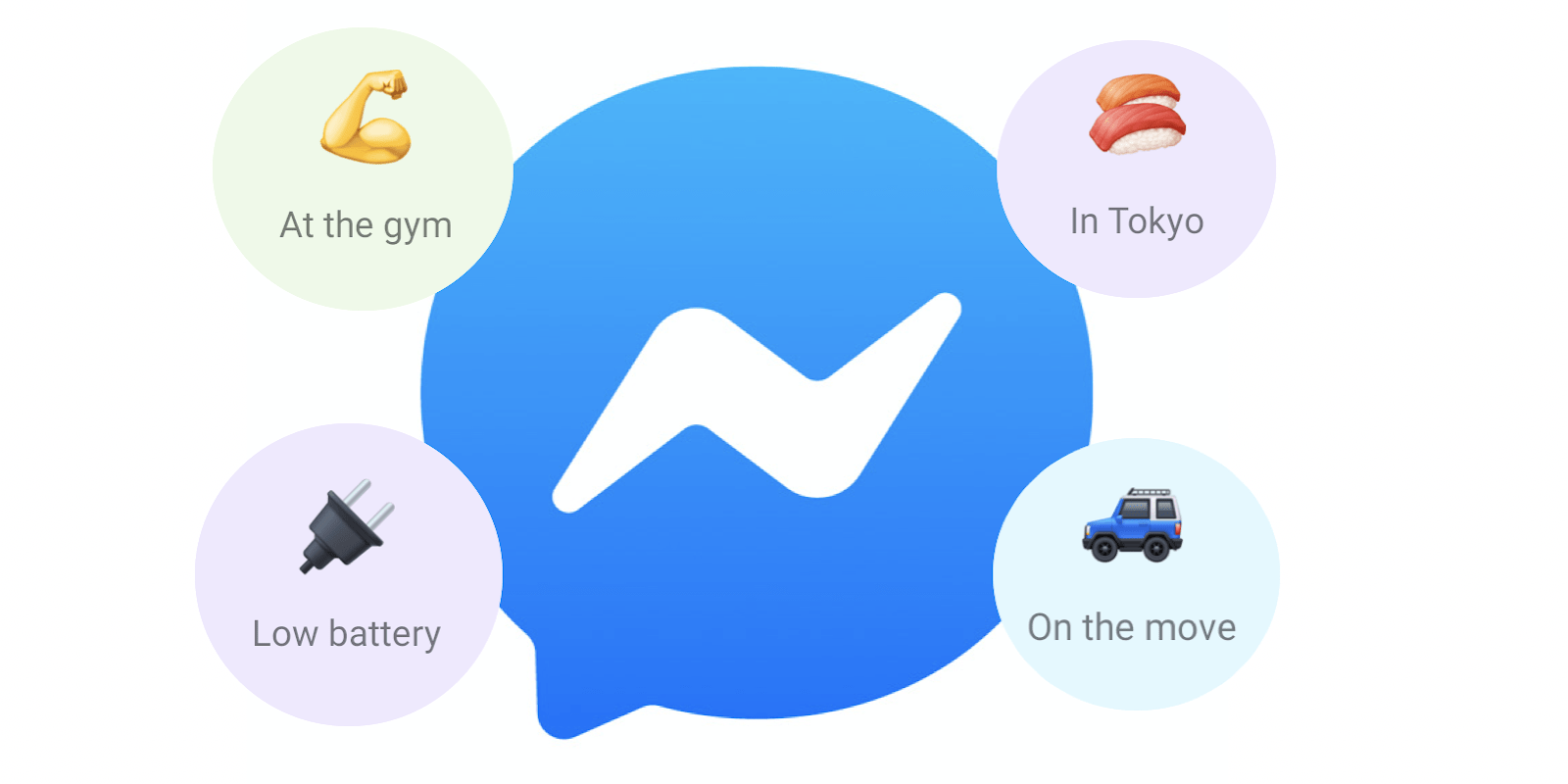 The visual pointers could help keep your close connections updated as to your whereabouts. Younger users, for instance, might switch it on to share what they are up to with their parents. For others, Auto Status could serve as a prompt for meeting up in real life. If a close friend sees your "At a cafe" emoji bar, they might get in touch and ask to join. This way, Messenger aims to facilitate spontaneous connections between people looking for something to do.

Facebook's spokesperson confirmed that the feature is in early development stages, but said it has no specific plans for any external rollout as of yet. Still, those who are keen on using Auto Status should be on the lookout for the official launch.

Exploring the field since 2018

Facebook's "Nearby Friends" failed to change the way we all meet up. Presumably, that's because the intent, not location, is the most important thing when connecting people offline. It doesn't matter if your friend is a block away - still, it's tough to know if they can or want to hang out. In this digital age, people no longer use the standard approach of calling or texting. That's because getting in touch at the wrong time, only to be ignored or rejected, can feel awkward.

Facebook had a new mission - to get users to have meaningful interactions, not just passively consume social media. With this idea behind, Facebook developed a powerful new feature called Your Emoji. By overlaying an emoji on your profile pic, the status allowed friends to know what you are up to. Whether you're trying to focus on work or grab a drink, emoji status was a way to spur conversation and hangouts.

Later on, Facebook introduced a new companion app for Instagram. "Threads," a close-friends-only messaging platform, that opens to the camera with shortcuts for instant photos and video sharing. The app offers features called Status and Auto Status that allow you to set an emoji as an away message. Instagram selects the status automatically based on the same factors, like location and accelerometer. Although early data showed that Threads wasn't catching on, Facebook sees potential in it, and now wants to implement the key differentiator for Messenger.

But for some, the convenience of knowing what your friend is up to might outweigh the company's needs to get your private data. Hence, Messenger could develop a whole new social behavior.

Also, Facebook notes that building additional features around is only about exploring new ways to improve Messenger experience. Users will always have an opt-out function if they are not interested in participating. Either way, using Messenger to get your friends off their phones and hanging out in person might remind us of what's good about the social network.