According to Atlas VPN estimations, damages caused by cybercrime are expected to reach more than $27 billion by 2025.

Throughout the last 6-years, cybercrime damages increased by an average of 37,44% per year. Atlas VPN expects that in 2020, financial losses growth caused by hacker attacks will exceed the 6-year average due to the COVID-19 pandemic.

Lockdowns might act as a catalyst for the biggest hacker attack outbreak to date. People are stuck at home, surfing the web, and working remotely. Meaning, the pool for potential cybercrime victims has never been larger. 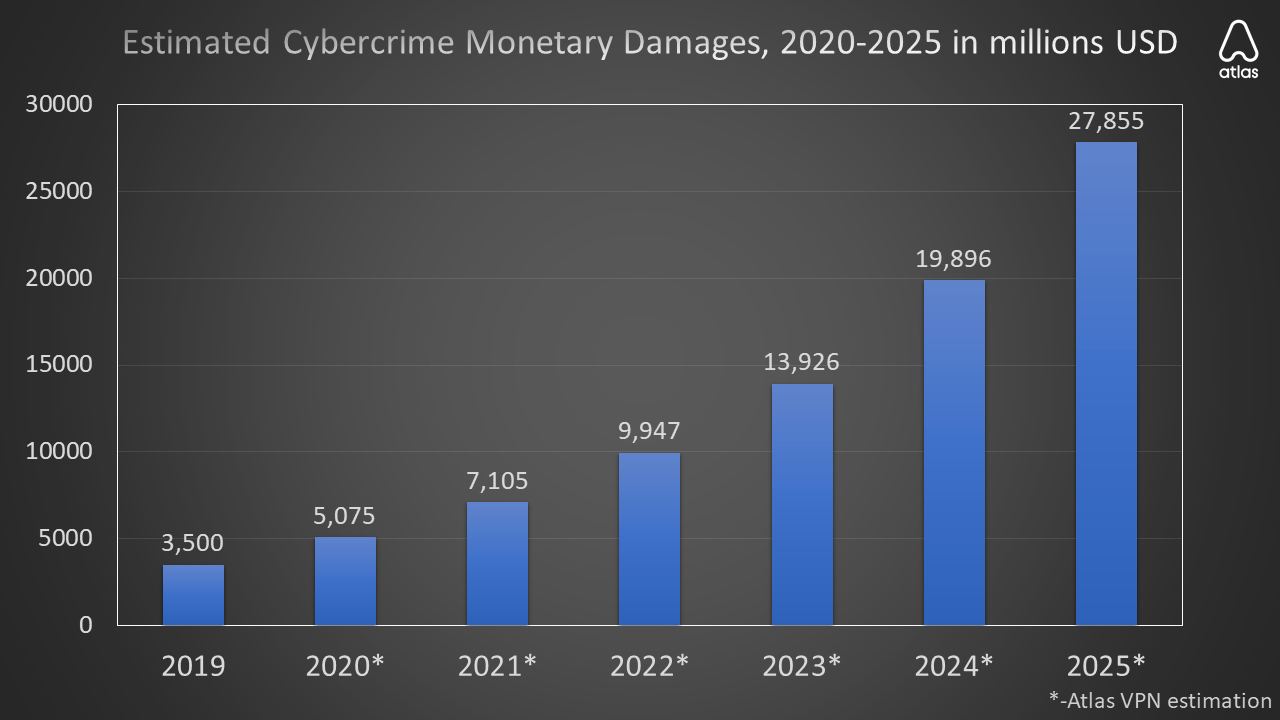 From 2021 and onward, Atlas VPN estimates that monetary losses will continue to surge by around 40% annually. By these figures, in 2025, hackers could profit $27.855 billion.

The latest cybercrime trends visible in the 2019 FBI Internet Crime Report show that hackers are focusing on the human layer errors more than ever.

Antiviruses, firewalls, and cloud security services are constantly improving. However, many people still do not take the time to learn the basics of digital security.

The Internet Crime Complaint Center (IC3), a website available to the public where people can report Internet-facilitated criminal activities to the Federal Bureau of Investigation (FBI), saw a record-high number of losses due to cybercrime in 2019.

Cybercrime damages increased by 338% in the last 6 years

The law enforcement agency also reported that in 2014, hackers stole over $800 million from unsuspecting victims; by 2019, the number reached $3.5 billion. In other words, the monetary damages caused by cybercrime increased over four times in the last six years.

In 2019, digital crimes that caused most financial damages were business email compromise (BEC), romance fraud, and spoofing. Out of these, BEC accounts for over half of the losses in 2019, with a staggering $1.77 billion. 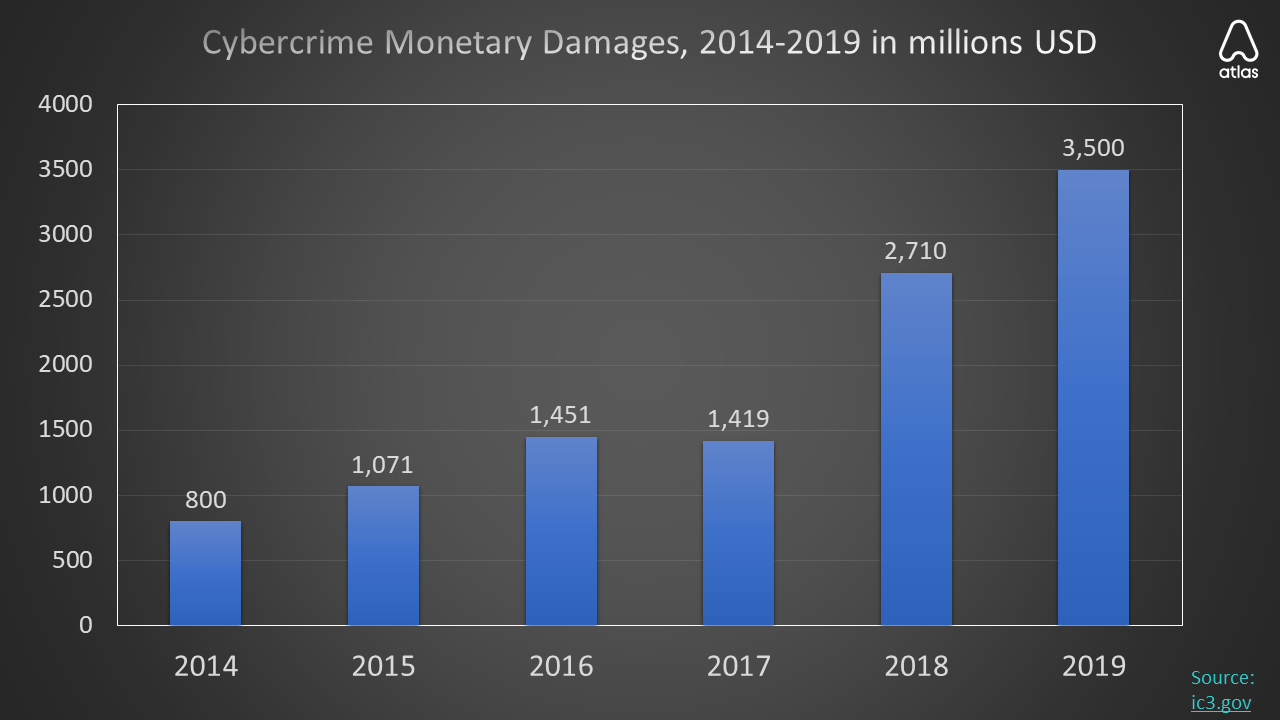 Analyzing damages by complaint, on average, BEC losses amounted to $75,000 per report.

In 2019, the second most financially damaging scam type was romance fraud, which amounted to over $475 million in losses. In total, there were 19,473 such fraud cases reported, which comes out to $24,393 of losses per complaint.

The third-place went to spoofing, which brought hackers over $300 million in the last year alone. There were 25,789 reported cases of spoofing fraud, which equaled to $11,651 loss per victim.

The most common crimes recorded were phishing, non-payment or non-delivery, and personal data leaks.

In contrast, phishing attacks resulted in a $500 loss per complaint. Non-payment or non-delivery caused around $3,178 of damages. While ransomware averaged $4,400 per successful hacker attack in 2019.

Atlas VPN provides the steps to protect yourself against the three most financially damaging types of cyberattacks: