VPN is best described as a service that hides the user's real IP address and encrypts his online traffic. As a result, these changes prevent nosy 3-rd parties such as the government, ISP (Internet Service Provider), or hackers, from tracking the user’s activities online.

Finally, some governments block specific applications that users find extremely useful, such as VoIP services - short for Voice over Internet Protocol, or in simple terms, phone services over the internet, such as WhatsApp, Telegram, Skype, etc.

Atlas VPN report found that the top 10 VPN adopters are: The United Arab Emirates, Qatar, Oman, Saudi Arabia, Kuwait, Singapore, Turkey, Indonesia, Panama, and Great Britain. Even 15.32% of the population in these countries installed a VPN service in 2020 H1.

Interestingly, the top 5 VPN adopters are Arab countries, where, on average, VPNs penetrate 23.81% of the market.

Moving forward, we will analyze specific VPN adoption numbers and explore the reasons why VPNs are so prevalent in these places. VPN adoption simply refers to the % of the country's population that downloaded VPN applications. 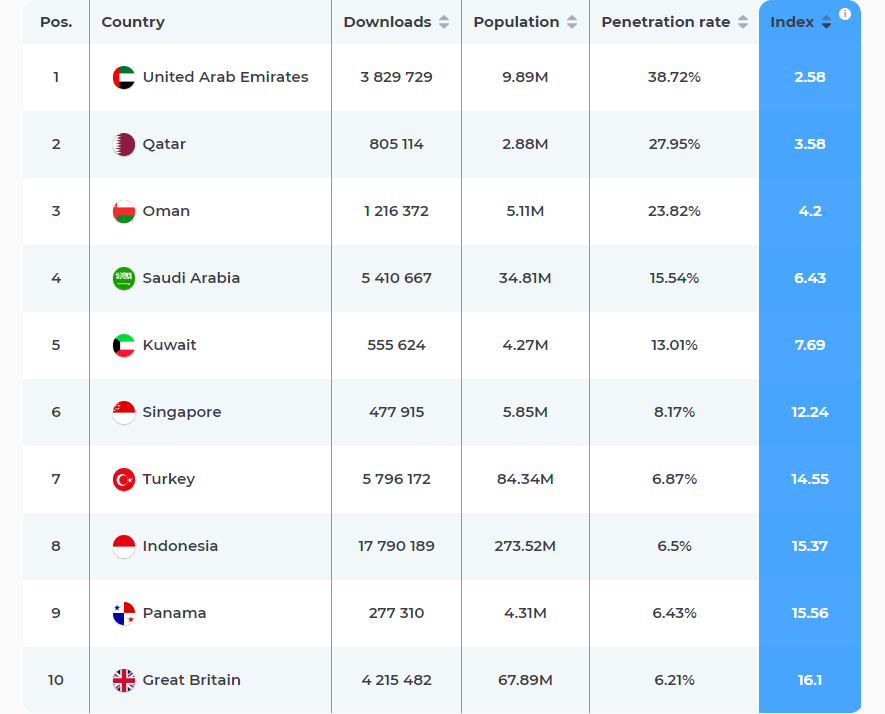 First up is no other than the United Arab Emirates (UAE) - a country with extremely strict internet restrictions. Over 38.72% of the UAE population has downloaded a VPN application in the first half of 2020. Looking at the exact numbers, more than 3.83 million downloads originated from this Arab country.

The UAE’s two main ISPs ban anything against Islam’s moral values, the primary target being pornography websites. Besides, internet service providers censor politically sensitive topics, mostly content that criticizes the government. VoIP services are also banned in the UAE, which is one of the main reasons expatriates choose VPNs as a solution to reach out to their families.

Next in terms of VPN adoption is Qatar - another Gulf country with extensive online restrictions. Research shows that 27.95% of Qatar’s population downloaded VPN applications in the first half of 2020, amounting to more than 805 thousand downloads.

Qatar’s government censors political criticism of the Arab world, pornography, all gay and lesbian related content, dating services, and privacy tools. Users in Qatar complain that even websites that should not be a part of this list are blocked.

Third on the list is Oman - a country that ranks as the 69th most peaceful country globally. Over 23.82% of Oman's population downloaded VPN software in the first six months of 2020. Close to 1.22 million Oman citizens downloaded VPN apps in 2020 H1.

All Oman’s internet cafes are under a rather interesting restriction - their floor plan must be designed so that the cafe’s administrator always sees their customers’ computer screens. As a result, internet cafes do not have closed rooms, curtains, or any other objects that might obstruct the view of the customer's computer screen.

Fourth in terms of VPN adoption is Saudi Arabia - geographically the largest sovereign state in Western Asia. As much as 15.54% of Saudi Arabia’s population downloaded VPN applications in 2020 H1, which is equivalent to 5.41 million downloads.

The Saudi government is relentless in its information censorship and restricts a wide range of media, including newspapers, books, television, films, and all online content. Saudi Arabia’s government authorities explain that only content which is against Muslim values is filtered, but reports show even those who criticize the government will be censored.

Fifth place goes to Kuwait - a country where expatriates account for around 70% of the population. Nearly 556 thousand downloads originated from Kuwait from January 1, 2020, until June 30, 2020, which equals to 13.01% of Kuwait's population.

Kuwait’s government blocks pornography together with most gay and lesbian content. Even though internet restrictions are less severe, officials filter websites that are belittling Islam or the government.

To see where your country ranks in terms of VPN adoption, please check out our interactive VPN adoption page here. 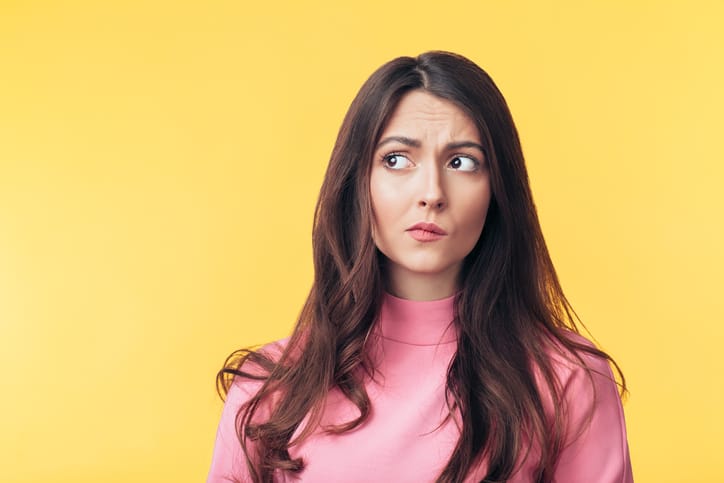